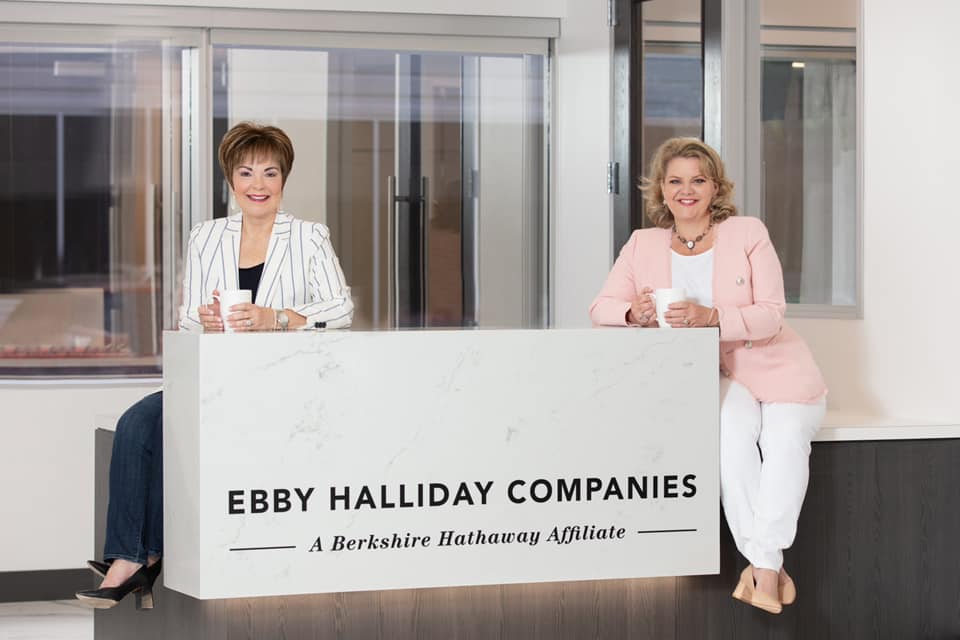 The great thing about being a 76-year old company is the automatic credibility and respect amassed each passing year. Like people, companies don’t last that long unless they’re taking care of themselves and living ‘in the now’ with valuable purpose.

The Ebby Halliday Companies are doing both of those things – with the help of two women in leadership who wholeheartedly believe in where the company came from and where it’s going.

Carolyn Rosson and Malinda Brownlee Howell each serve as Vice President, Brokerage, over the three EHC brands: Williams Trew, Ebby Halliday Realtors, and Dave Perry-Miller Real Estate. Both were in the field for many years, and served as Sales Leaders, too. They complement each other with their unique giftings and have a strong partnership.

“We are in these roles to advocate for agents,” says Howell. “By working closely with the Sales Leaders and offices, we hope to ultimately help create the most efficient real estate transactions possible. They know they can reach out to us at any time as mentors, coaches, and cheerleaders. We are accessible and we listen. We also stay on top of what’s happening in the market and industry so we can share these changes with everyone. Carolyn and I have been very active on a local, state, and national level with various associations, and the connections we’ve made throughout the years are available for anyone to tap into.”

Howell and Rosson in North Carolina this September staying strong in their Ninja Selling skills.

Both Howell and Rosson knew Ebby Halliday Acers personally and have made it their professional mission to “bridge the gap” for the new generation of agents who never had the chance to work with her or learn from her.

“Even though the company has a new face,” says Rosson, “it still very much has the same heart. And while we’re moving in a new direction in some respects, we want to ensure we don’t stray from those foundational tenets that were part of who Ebby was, and then became part of who we are. The ethics, integrity, and focus on community are part of our training and culture, and I think they are key differentiators when choosing a brokerage as either a client or an agent.”

Ebby’s renown as a trailblazer comes up frequently in conversation around the home office as leadership talks strategy and innovation.

“She set us up so well for the future just by being fearless,” says Howell. “Ebby was passionate about advancing women in the workplace before it was even cool to do so. She gave widows and young professionals opportunities they would never have received elsewhere, including Mary Frances Burleson, who went from administrative assistant to CEO. It’s one reason we have so many capable women in leadership roles here.”

Rosson continues, “And racial equity was always on her radar, simply because it was the right thing to do. She would be so proud of our accomplishments there, led by our Diversity, Equity & Inclusion Council, like community lending programs, translation services, LGBTQ support, and more.”

As Rosson and Howell contemplate the growth the brokerage has seen in recent years – expanding to Cedar Creek and Richland Chambers lakes, north into Oklahoma, and west into Parker County – they are heartened by what they feel is the spirit of Ebby living on in the brands and look forward to keeping it alive through their respective roles. Learn more about the Ebby Halliday Companies, including career opportunities, at williamstrew.com.